During a surprise visit from Master Devine on December 20, 2015 Sensei Angie was promoted to Nana Dan (7th degree) Black Belt!  It is believed that she is the first Isshinryu Red/White Belt female in the state of Virginia! 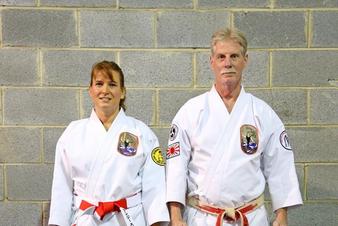 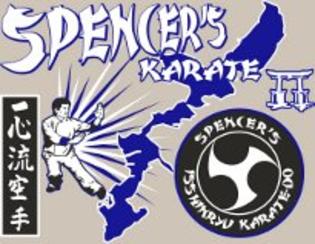 Sensei Angie Spencer - began her training in 1988 via a women's self-defense course held at a local women's health club. Her instructors at that time we just preparing to open their karate dojo at the local YMCA and Sensei Angie continued her training there. She took karate classes and taught karate lessons at the Rapphannock YMCA for over 9 1/2 years before leaving to begin her own school in 1997 - Spencer's Isshinryu Karate.
​
Sensei Angie received her Sho-Dan (black belt) in 1993 directly from Master Angi Uezu after testing in front of a panel including high ranking Isshinryu Karate Masters:Master Angi Uezu (Okinawa) and Master Reese Rigby (Dover, DE).  Master Uezu was visiting Fredericksburg, VA from Okinawa at the time.

Sensei Angie has trained under Master John Devine (9th Dan) of Lebanon, PA since 1995. Master Devine has  greatly increased her knowledge of Isshinryu over the past 20 year and runs one of the largest karate schools in Lebanon, PA (Lebanon Isshinryu Karate).